Beta 20.3 is now available! It contains some fixes for reported issues and some balance changes to ship combat. Enjoy the seasonal decorations on the ships and at some of the major hubs! 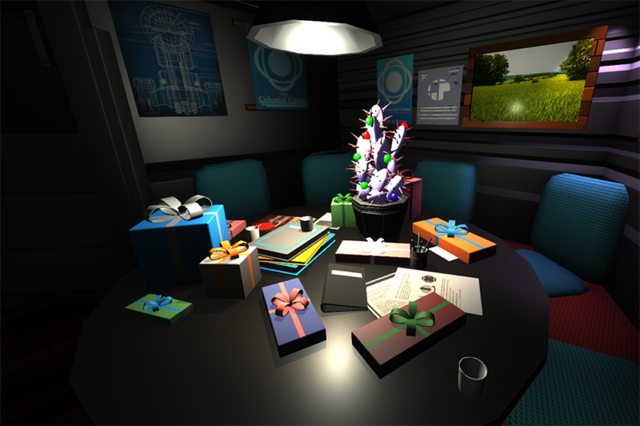 Additions
-Tweaked some internal values to help slow down ship fights a little and make them slightly more survivable
-Space mines will occasionally be found around some asteroids
-Seasonal decorations have been added to various ships, planets and stations

Changes
- Asteroids should generally be closer to ships after exiting warp, giving pilots better options for cover during fights
-Inertia Thrusters now provide more rotational thrust overall, which should help make piloting more responsive. We increased the angular drag on the Intrepid and Fluffy One class vessels since they didn’t need to rotate any faster.
-Crew bots AI / navigation when selling biscuits on planets and transitioning between planet interiors has been improved
-The Burrow is now presented at night! After the holidays are over it’ll be random.

Thanks for your time! Progress on Beta 21 is coming along, and barring any major issues with this update, should be the next thing we release!